Artificial Intelligence in Healthcare is pushing the boundaries in care management

You will be contact shortly for a preferred time-slot for the CarrotCube demo.

Schedule your demo with our Health technology expert

You will be contact shortly for a preferred time-slot for the CarrotCube demo. 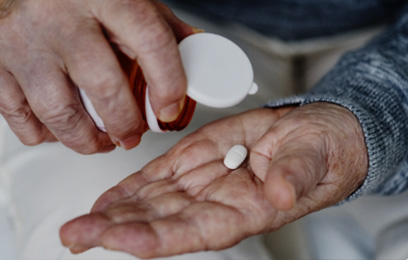 Precision Medicine: Decoding the affiliation between Genomics and Medicine

“You can match a blood transfusion to a blood type – that was an important discovery. What if matching a cancer cure to our genetic code was just as easy, just as standard? What if figuring out the right dose of medicine was as simple as taking our temperature?”

With these lines Obama, The President of United States, launched the Precision Medicine Initiative on January 30th, 2015. Also known as Personalized Medicine, it emphasizes the need to tailor healthcare for each individual, taking into account individual differences in genes, environments and lifestyles. Today, when a person is diagnosed with cancer, you usually receive the same treatment as another patient with the same type and stage of cancer. However, what doctors notice is that different people may respond differently to the same treatment, and, until recently, they didn’t know why.

After decades of research, scientists now understand that patients’ tumors have genetic changes that cause cancer to grow and spread. They have also learned that the changes that occur in one person’s cancer may not occur in others who have the same type of cancer. And, the same cancer-causing changes may be found in different types of cancer. The hope of precision medicine is that treatments will one day be tailored to the genetic changes in each person’s cancer. Scientists see a future when genetic tests will help decide which treatments a patient's tumor is most likely to respond to, sparing the patient from receiving treatments that are not likely to help.

With its promise of delivering the Right Therapy to the Right Person at the Right time, Precision Medicine is based on the foundation that every disease is unique in its own way whether it lies in the same organ of two different individuals or two different organs of the same individual. Hence, we need a unique strategy to cure a specific disease that is different from the rest. Another perspective to this is that, with access to genomic information of 1 million Americans, a single disease can be segregated into at least 50 unique diseases and on the other hand, 50 different diseases can be so similar that they can be combined as one disease.

Discovering cures in ways that we have never seen before, the Precision Medicine Initiative was much welcomed by researchers and health institutions across the globe. With each passing month, we experienced a major leap towards this initiative showing positive results. Some of the stories worth highlighting are as follows:

Ivacaftor: Much applauded by the experts in the healthcare domain, the drug “Ivacaftor” eased the symptoms of cystic fibrosis in a definite subset of individuals. Besides, the drug Gleevec was welcomed as an angel by a segment of leukemic individuals with a very explicit mutation in their tumors.

Following these success stories, a large international study, partly funded by NIH recently carried out an exercise wherein they analyzed data collected over many years that contains vast troves of genomic and clinical information from more than 50,000 people with and without diabetes. The study eventually provided clarifications that anti-diabetes therapies that produce a specific gene that lowers glucose levels, called GLP1R, are unlikely to increase the risk of cardiovascular disease. The pharmaceutical industry has always been made cognizant of the fact that people with type 2 diabetes are at increased risk for heart attacks, stroke, and other forms of cardiovascular diseases. FDA on numerous occasions has recommended that drug developers take special care to showcase that potential drugs to treat diabetes don’t have an adverse effect on the cardiovascular system. The study indicated that the anti-diabetes therapies, GLP1R; might even provide some protection against cardio vascular diseases.

In a nutshell, Precision medicine can assist researchers and health providers in deducing what line of treatment will be most effective in a particular scenario, whether there is a need for a surgery and most importantly, the drug dosage to be prescribed. There are arguments that the genomic information can be leveraged by researchers in predicting when complex diseases such as Cancer, Alzheimer’s syndrome, et cetra may afflict an individual and treatment may be provided at a much earlier stage.

The restructuring of health data with higher weightage on the genomic skeleton of an individual, is a big IT opportunity with major emphasis on “Big Data”. The mission of the multi-million government-funded projects makes way for “Big Data” players to venture into the Healthcare realm and prove an important point; IT as a backbone to support major business transformations.

As mentioned by the US national coordinator for HIT Karen DeSalvo, MD. “This strong foundation of health information technology makes it possible to bring to the bedside, personalized treatment through precision medicine.” Gradually, many information technology platforms are accessible to the healthcare people that stores and analyzes vast amount of health data collected from millions of patients, thereby allowing the physicians and others across the care continuum to make faster and more effective decisions.

Furthermore, as the data been generated in healthcare is highly complex and intricate, it becomes the driving force for the Big Data Development for health. Volume, velocity, variety, veracity, variability, and value are the “V’s” of big data informatics that enables the care managers to unfold all the mysteries of the healthcare and world.

One such early Big Data initiative is ASCO’s CancerLinQ that intends to transform Cancer Care. CancerLinQ is working towards improving patient outcomes through the generation of new knowledge based on real-world patients. They are also working on learning tools that aid in the application of that knowledge to patient care. When complete, it will seamlessly and securely aggregate and analyze data from EHRs and other sources in order to do three things; provide clinical decision support to help physicians choose the right therapy at the right time for each patient, provide rapid, quality feedback to allow providers to compare their care against guidelines and against the care of their peers and analytic tools will help improve care by uncovering hidden patterns in patient characteristics, treatments, and outcomes.

Mentioned below are some of the key areas wherein Big Data Support can improve the care performance and quality assurance by manifolds:

Big data technologies and platforms have the true potential to transform the entire healthcare world and assist Precision Medicine Initiative in achieving its mission. Having said that, we need to manage the risk of Data Privacy, Security, Governance and ownership that comes with the whole package.

Initiative still in its embryonic stage

Although Precision Medicine was one such step that met with equivocal accomplishment and support from all over the world, advanced efforts to customization of disease-treatment processes led to debates on whether the million-dollar plan has the potential to revolutionize the way we have been treating diseases. For instance, Nigel Paneth, a pediatrician and epidemiologist at Michigan State University once commented that “These latter innovations [Ivacaftor] are part of many small-step improvements in [cystic fibrosis] management that have increased survival rates dramatically in the past two decades. They cost a fraction of what the [high-tech] drugs cost, and they work for every patient.”

To encapsulate, the Precision medicine initiative is still in its budding stage and we still have a long way to go. Where on one hand, researchers from different parts of the world are trying their best to come up with the cost-effective drugs in shortest possible time, on the other hand, studies to bring the scattered genomic information, not only from the various EHR systems but also from the various wearable devices, into a single database are continuously gaining focus.

Once we get beyond the privacy and security concerns and set this entire initiative to work, there is no telling how many lives would be saved or significantly improved.